Town Meeting is the legislative branch of town government, used to enact local laws, pass budgets and authorize spending of town money. The Town Meeting form of local government is only used in New England.

For each Town Meeting, a Warrant is published, listing the date and time of the meeting as well as the articles that will be discussed and voted upon. In an Open Town Meeting, any voter registered in the town may attend, speak on the articles, and vote for or against them.

Lexington has held Town Meetings since its founding, when America was still a British colony.

The Town of Lexington is currently governed by a Representative Town Meeting. This differs from an Open Town Meeting, as the voters in the town elect Town Meeting Members. Although any voter may speak at the Town Meeting, only the Members may cast votes on the articles.

Lexington's Town Meeting is composed of no more than 203 members, including:

View a current list of Town Meeting Members on this page.

The Town Meeting Members Association (TMMA) is a private volunteer group (not an official Town body). Its mission is:

The responsibilities of Town Meeting are to:

Town Meeting convenes for a series of meetings in the Spring (and other times when necessary). A Warrant is made available online, at the Town Office Building and by mail to all residents before the Town Meeting, giving information on all the articles to be voted on.

Sessions usually begin between 7:30 and 7:45 pm and are held in Battin Hall in the Cary Memorial Building, at 1605 Massachusetts Avenue between the Town Office Building and the Police Station. The Town Clerk reports on the actions of each Town Meeting session and takes the official minutes.

The Town Moderator, who is elected by the voters each March for a one-year term, presides over the business and conduct of Town Meeting. Operating procedures and rules are dictated by statute, by-laws, or tradition; in their absence Roberts' Rules of Parliamentary Practice governs. Citizens may address the Town Meeting, but they may not make motions and must not participate in any votes.

Funds cannot be spent without appropriation by the Representative Town Meeting. This requirement is derived from the State Constitution ("Declaration of the Rights of the Inhabitants of the Commonwealth of Massachusetts"), which states that "no part of the property of any individual can with justice be taken from him or applied to public uses without his own consent or that of the representative body of the people."

History of Town Meeting in Lexington

Lexington was originally settled in 1642. Until its incorporation as a town in 1713, it was known as Cambridge Farms, a part of the Town of Cambridge. After its incorporation, all adult males who owned property in Town, called "freemen", had a voice in an open Town Meeting, the legislative body over the Town of Lexington. Attendance at meetings was compulsory.

As Town business became more complex, the townspeople "selected" certain citizens (Select Person) to carry on Town business between town meetings. When attendance of meeting members was no longer compulsory it became important to detail what matters would be acted on during Town Meeting so that citizens could know in advance anything that was interesting to them. This notice became the Warrant, which is a notification issued to the citizens stating the time, place, and subject matter to be discussed and voted upon at Town Meeting.

In 1929, the open Town Meeting was abolished and a Representative Town Meeting form of government was established. Legislation in 1959 further defined the authority of Town Meeting. The Select Board-Executive Secretary plan was utilized from 1961 to 1969. This plan was established through an article in the Warrant requesting funds for the office, not by an act of legislation. In 1973, the town was redistricted from six to nine precincts. 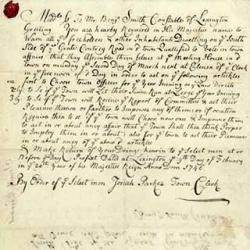 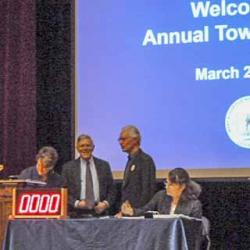 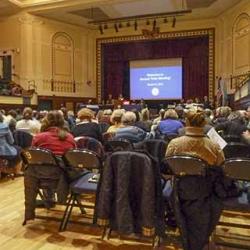 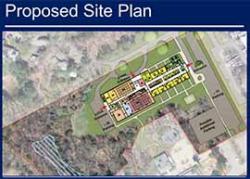 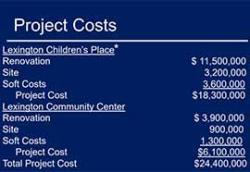